The GFT defines precession as follows: A particle undergoes precession when acted upon, simultaneously, by two orthogonally acting forces . 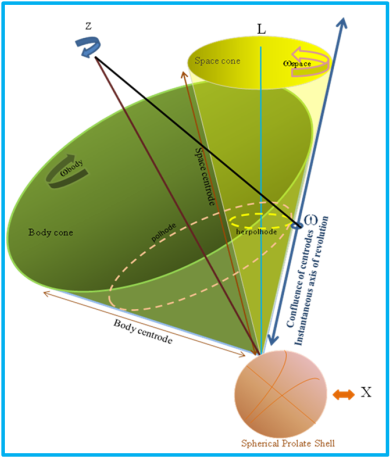 All of the mathematical and theoretical constructs required to present a cohesive, unifying, gyrodynamic theory of the forces of nature have been established.  They are ensconced within the constructs of   Hamilton’s quaternions, spinors, Caley Dickson constructions, zero divisor algebras, the Fundamental Theory of Space Curves (FTOSC), and the Frenet frame.  We will now combine these laws and principles into a unifying whole.

The GFT concisely states the unification of the forces of nature via the following eight articles:

Article I.
The interaction and aggregation of any and all particles and any and all fields are all functions of the algebraic rules pursuant to the interaction of quaternions and more generally, spinors, via geometric algebra.

Article II.
Any moving charge will obligatorily engender its own orthonormal frame of velocity, magnetic field, and electric field provided its path is one that is calibrated in arc length.   In short, a moving charge encompasses its own Frenet frame.  Given the GFT definition of precession, since a moving charge is always under the influence of at least two mutually orthogonal forces then it is, by definition, always precessing.  Even two interacting static charges are in a state of precession thus any charge, whatever its ostensible status, is in a perpetual state of constant precession.  Since a quaternion can be considered as a unit of precession then any path such a charged particle may follow may be considered as a curve of constant precession. For any such particle its orthonormal frame of velocity, magnetic field, and electric field comprises the Frenet frame of a quaternion. We may therefore state that the electron is a quaternion and as such is subject to the quaternionic algebraic rules attendant thereto. Any and all scalars are quaternions.  Any and all vectors are quaternions.  Therefore any and all physical objects and or events can be described in terms of quaternions or more generally spinors. It also follows that any and all physical objects and any and all events inherently contain a quantity of precession, or spin, or rotation, or circulation, or vorticity or can be expressed in terms of such.

Article III.
Psi, the wavefunction, is a centrode, a concatenation of serial instantaneous centers of rotation (ICR). The locus of these ICR’s forms the space centrode. It’s conjugate, Psi*, forms the body centrode. The momentary confluence of a space and body ICR’s constitutes an existence, an event, a “tangible” fact. The locus of body centrodes forms the body cone of a precessing object.  The locus of space centrodes forms the space cone of a precessing object.  The body cone rolls either in or upon the fixed surface of the space cone. The two cones roll tangent to each other, the line of tangency   forming the instantaneous axis. The precise location of any particle can always be found as a function of its instantaneous axis. The space cone comprises space-time. The motion of the body cone is identical in every respect to that of the precessing object, thus PsiPsi* gives the certainty of locating any object or event at a particular position in space-time.

Article IV.
There are no random events. There are no probability waves although mass and arc length is equivalent thus the possible uncertainty in position and momentum.  The function Psi*[O]Psi ,  is the quaternion rotator (precessor) that operates on the operator O. In more general terms the wavefunction, Psi, represents a spinor where  Psi*[O]Psi  is the geometric algebraic rotor.

Any and every physical constant and any and every mathematical operation is distilled within these versions of Euler’s equation, including time.  There is nothing, be it physical, chemical, mathematical, or biological, that cannot be derived from these forms of the equation.

The Fundamental Principles of Physics

I.          The fundamental theorem of the space curve applied to rotating and precessing charge.

The Fundamental Postulates of Physics

We may concisely state that any and all interactions are explicable via the gyrodynamic and tovacian interaction of rotating and precessing charge coupled with the fundamental theorem of space curves that defines such interactions. 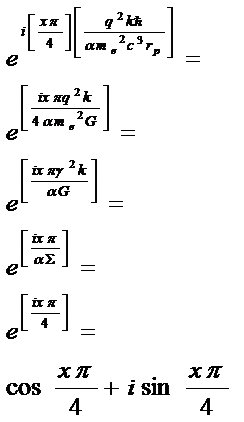